Graphics: Doro Tops (2016) according to specifications of Hans Cousto 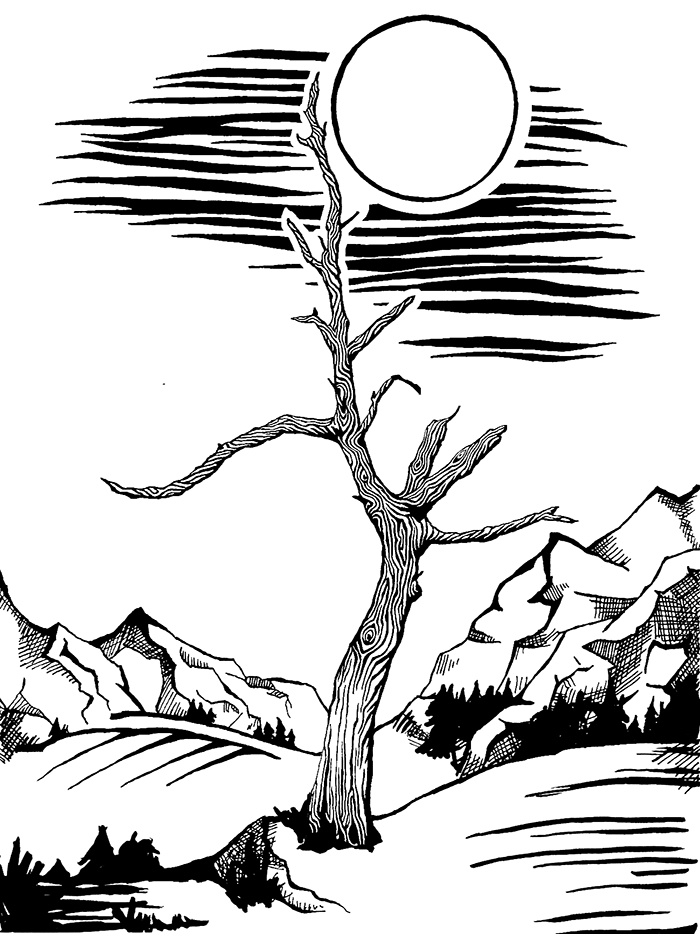 Movement of the vernal equinox along the ecliptic 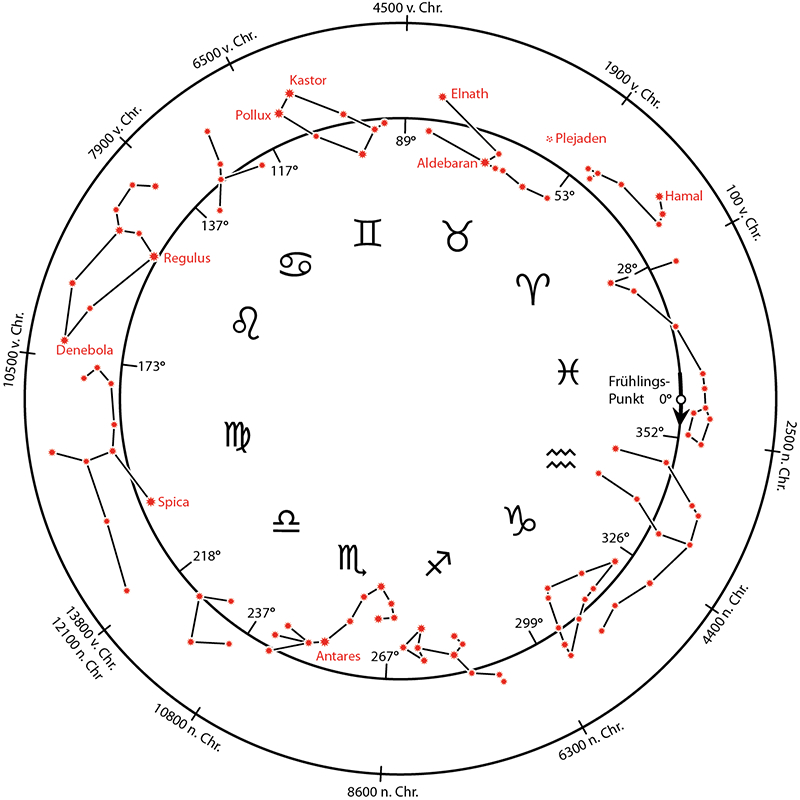 The zodiac precessional timeline. The dates designate when the vernal equinox was in approximate conjunction with the indicated ecliptic position.
Piano Frequencies 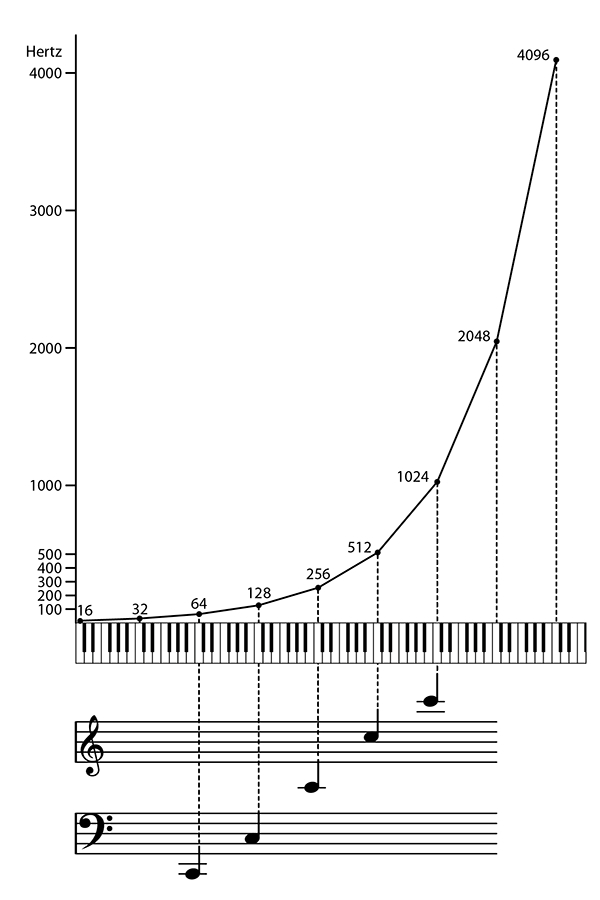 octaves and frequencies
Scale of natural harmonics on a vibrating string 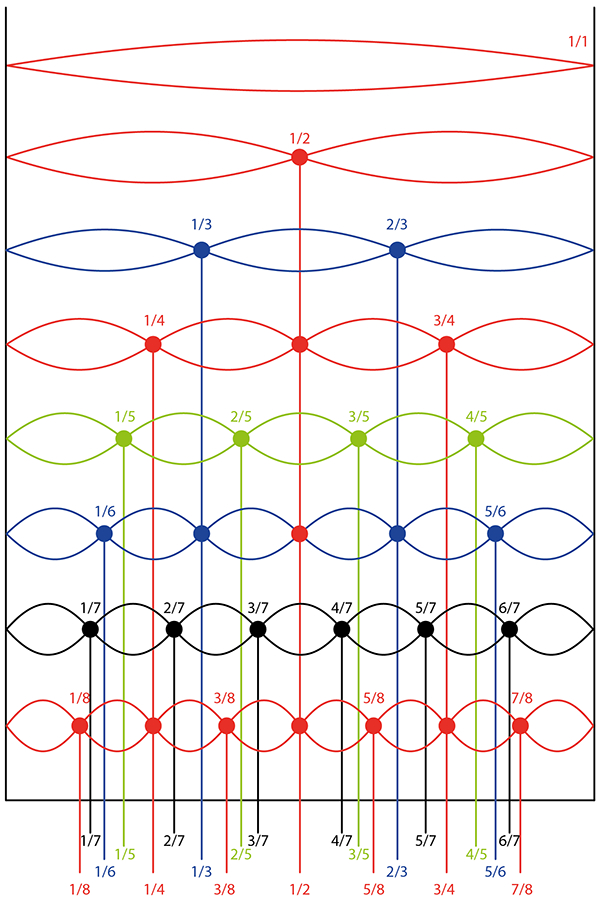 The simplest case to visualise the scale of natural harmonics is a vibrating string, as in the illustration; the string has fixed points at each end, and each harmonic mode divides it into 1, 2, 3, 4, etc., equal-sized sections resonating at increasingly higher frequencies. The fact that a string is fixed at each end means that the longest allowed wavelength on the string (which gives the fundamental frequency) is twice the length of the string (one round trip, with a half cycle fitting between the nodes at the two ends). Other allowed wavelengths are 1/2, 1/3, 1/4, 1/5, 1/6, etc. times that of the fundamental.
Balmer lines of the hydrogen atom 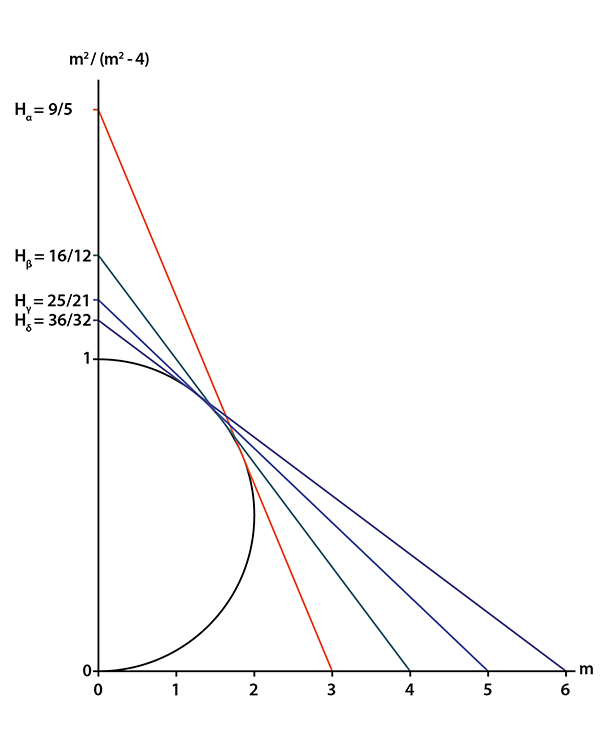 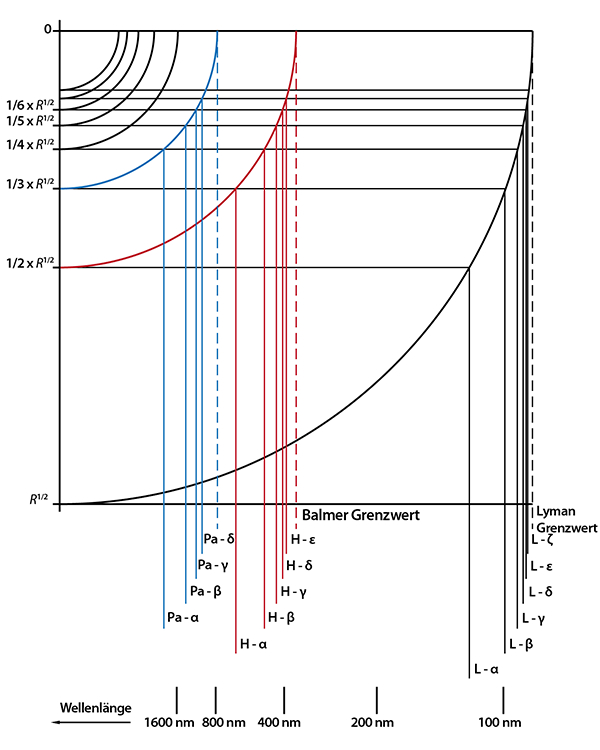 The figure shows the position of the spectral lines of hydrogen in the visible spectrum, ranging from violet at about 400 nm wavelength (1 nm = 10-9 m) to red at 800 nm.