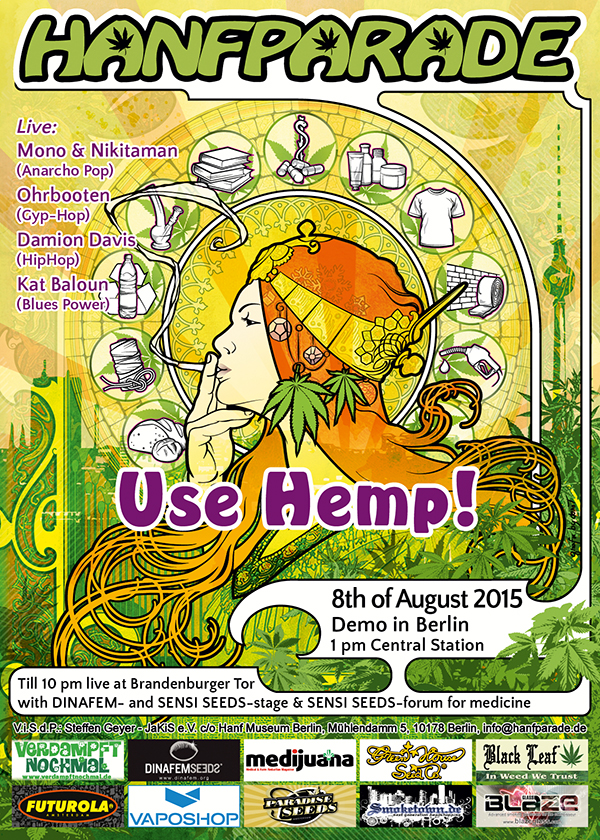 Doro T. designed the "Hanfparade" flyers and posters for several years. This year she got inspired by a graphic of the Czech poster artist Alfons Mucha. Mucha, who is considered one of the most outstanding representatives of Art Nouveau, designed the graphic "Zodiac" in 1896. At that time, Mucha lived in Paris. His posters were so popular that they were often carefully removed by art lovers. 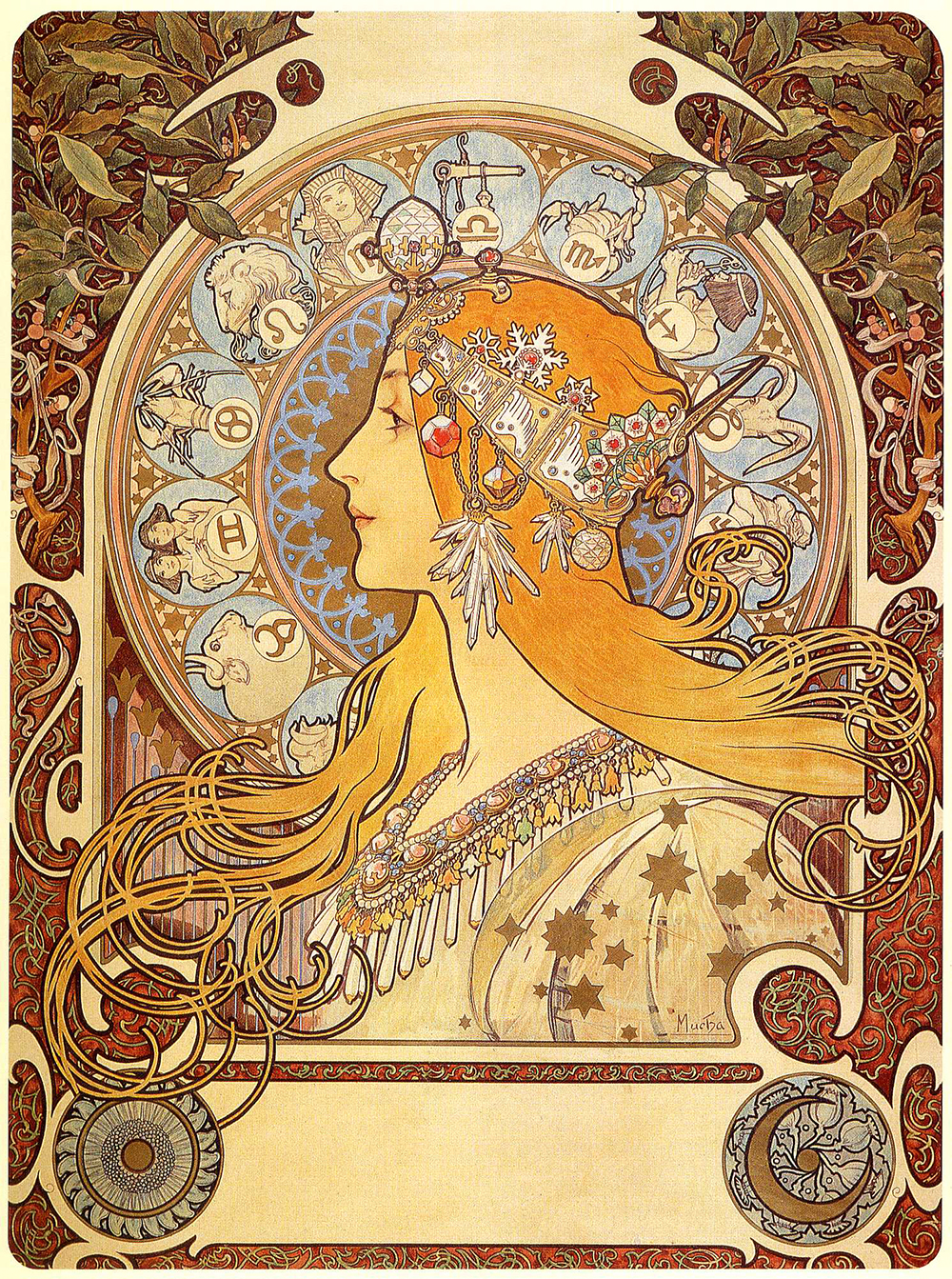 The graphic "Zodiac" was the first commission, Mucha received from the print shop owner Champenois. The graphic should actually appear in a calendar printed by Champenois. Léon Deschamps, the editor of the literary and art magazine La Plume, saw the graphic and immediately bought the rights to use it. He printed it in the 1897 Calendar of the prestigious journal "La Plume". As a result, the graphic "Zodiac" became one of Muchas most famous works.

In Muchas graphic the woman's head is surrounded by a circular ornament in which the zodiac signs are inserted. The zodiac signs represent the different aspects of the signatures of the spheres. For the poster of the "Hanfparade 2015" zodiac signs have been replaced by icons that represent the different uses of hemp. Products which can be made using hemp cover a wide range of daily used things. Hemp is food (bread, oil), drugs (weed, hashish), pharmaceuticals (weed, extracts), raw material for cosmetics (ointments), textile (yarns, fabrics, cords, string), for paper production (books, newspapers) , construction materials (insulation) as well as for energy production (hemp briquettes, fuel addition).

The production of goods made from hemp is ecological and sustainable. Therefore, the motto of "Hanfparade 2015" is "Use Hemp!". In this country the cultivation and use of hemp is currently hampered by legal hurdles and bureaucratic approval procedures and partly prevented completely. To change this and make hemp products more accessible, the "Hanfparade 2015" is a demonstration for the legalization of cannabis as raw material, medicine and consumption goods.